How are you holding up? 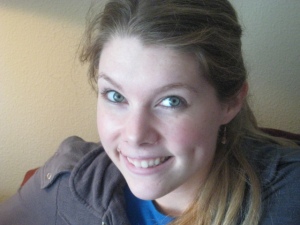 I’ve mentioned my son, Sean, in my blog before.  He’s my fellow blogger, my computer mentor and my favorite son.  Okay, my only son, the point being, he’s special to me.  I have two other children, twins, Katie and Courtney, who are equally as special.     Katie’s had a rough month.  Three trips to the emergency room, one lung that collapsed twice and a random act of violence from our, oh so mellow he looks dead, cat, Chipper.  Five stitches, on her beautiful face, near her upper lip.  It was swift and to the point, Chipper gave Freddy Krueger a run for his money with his claw antics.

But the real antics were with her lung.  Did you know that for no apparent reason, a lung can collapse in a healthy 22-year-old female?  Bam.  Back ache, can’t breathe, spontaneous pneumothorax.  That’s the official name.  Notice the word, spontaneous. Unavoidable, unintentional, unplanned and a slew of other “un” words the thesaurus gives for spontaneous.  They’re all perfect adjectives for what happened to her.  And what happened to me.

Let me cut to the chase and say that Katie is perfectly fine now.  After the second “spontaneous” event, she had surgery to fix her bleb.  Don’t even ask.  Just look it up in the dictionary.  As you can imagine, she had an outpouring of concern and love for her.  Her Facebook friends, her fellow nursing students, her boyfriend Isaac, who stayed by her side the whole time and her twin sister that would do anything she asked.  She was the girl of the moment, the one everyone was talking and praying about.  I’m happy to say, the surgery was a success.  She weathered it beautifully.

(side note ~ this is where I tried to insert her picture.  Obviously, the computer did something wrong and decided to put it at the top of the page.  We all know it couldn’t have been me.  I’m going to blame it on my special, computer mentor son, who talked me through the process from Manila.)

So, Katie’s all good.  What I really started to blog about, (and as usual, am waiting till I’m nearly finished writing to get to the point)  was the flood of concern I received from my friends.  How are you, Sharon?  Can I do anything for you, dear?  I guess it’s normal for people to be equally concerned about the parent when a child has a traumatic event.  I just marveled at how many of my friends’ first words when they found out, were concern for me. Obviously, they had concern for Katie as well, but they really wanted to make sure I was okay.

I guess when you become a parent, you are automatically inducted into a large, not-so-secret, fraternity that has your back.  People who will bring you dinners, walk your dog, hold your hand.  I truly love that, and most importantly, I truly feel loved.

4 Responses to How are you holding up?